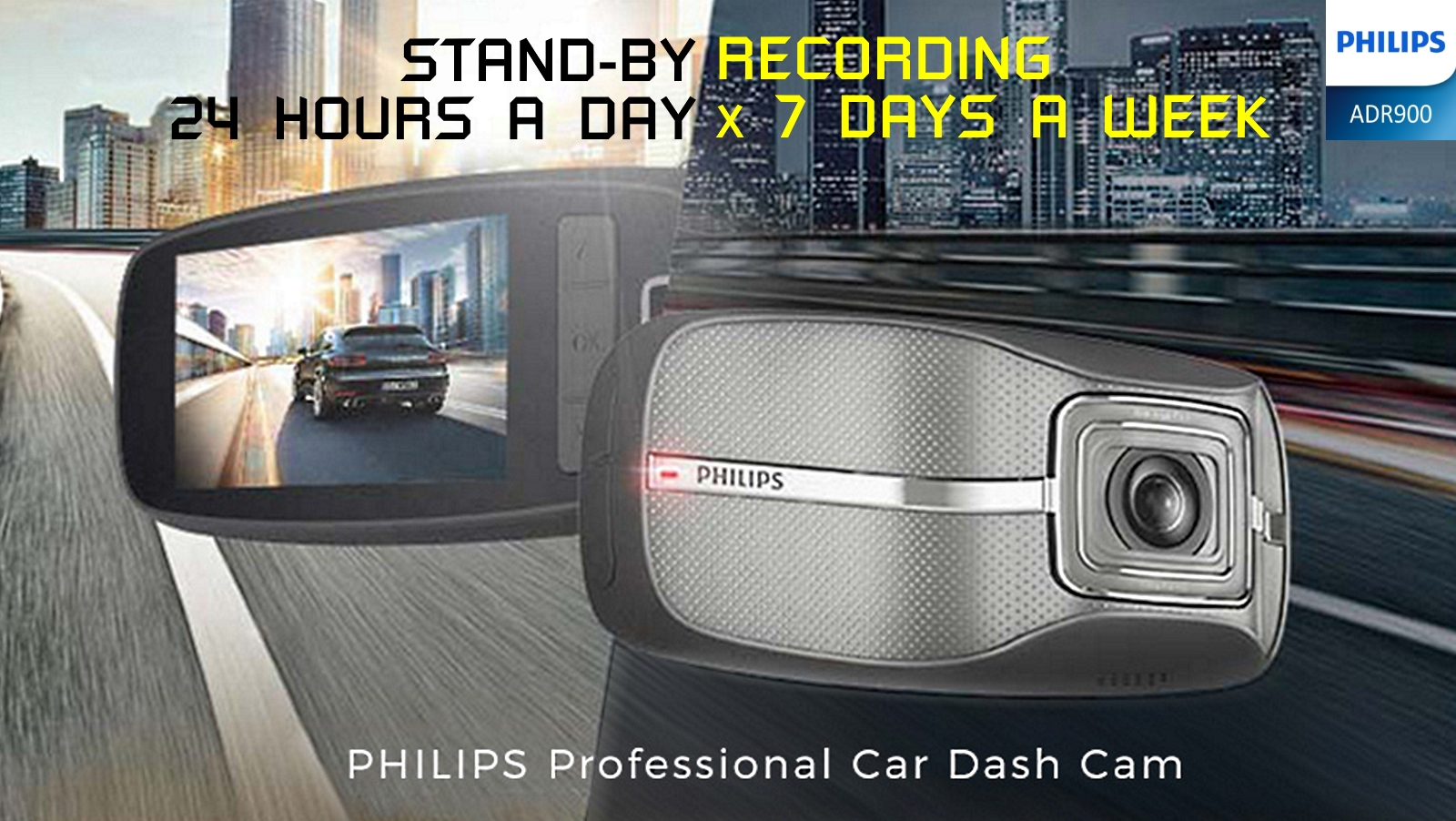 As more and more people spend greater amounts of their time on the roads driving, it is inevitable to meet with a multitude of events both good and bad. Unfortunate events can include road accidents, road rage, and dangerous driving, where we may want to capture as many evidence as possible for resolution and follow-up activities. We may also come across beautiful sceneries and interesting happenings which we would like to keep as memories during our family road-trips.

If you are a motorist looking to find out more about car cameras or dash cams, what they do, how to go about identifying your needs and buying them based upon their key features or characteristics, this article should help you narrow down your choices and let you know what to look out for.

What is a Car Camera?

A car camera or dash cam or driving video recorder is an electronic device that features a wide-angle, front-facing camera, digital video, and data recording. Being small in size, it is mounted on your windscreen and it records any incidents related to or around the vehicle. In the event of an accident that is through no fault of yours and with no witnesses to back you up against the other party, a vehicle video recorder will be able to work as video evidence, which minimizes ambiguity or false accusations. This way, making the usual exhausting and gruelling claims from insurance companies will be straightforward and hassle-free. These footages of the video recording are generally stored within an SD or MicroSD memory card that can be extracted or played back via computer media player application.

Advantages of Having a Car Camera 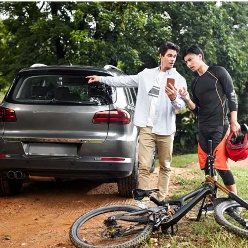 There is a large number of car cameras out there in the marketplace, with many options, features, and other differentiation that can make buying one seem daunting and complicated. In reality, there is not a single car camera that is the best for everybody, or the best for every situation. The best car camera is the one that meets all your unique needs and desired features.

When you hear someone mentions the number of channels in car cameras, it is referring to how many cameras you want in your vehicle and how many recording angles you want to cover. Single Channel or 1-Channel car cameras consist of only one front facing camera and Dual Channel or 2-Channel ones include both a front and rear facing camera. The front camera is mounted facing the front of the car on the front windscreen, while the rear camera is mounted facing the back on the rear car windscreen. Due to the added complexity of processing two video streams simultaneously, quality dual channel systems cost more than twice as much as comparable single channel cams. In some cases, you may even hear of a 4-Channel car camera setup, which record on all 4 sides of the car. In some instances, customers talk about a 2-Channel camera where the rear unit is facing the interior of the car – this can be used to record what’s happening internally in the car, e.g. in case of taxi or ride-sharing program drivers - to record what happens with passengers in the car, in case of evidence needed to resolve disputes between driver and passengers. The number of recording channels to get will depend on your budget, your requirements for the car camera, as well as the vehicle that you will be installing it in. At Asean365.com, we carry a good variety of both 1-Channel and 2-Channel car cameras from proven and established global brands. Some like the Philips GoSure ADR820 is positioned as a modular car camera, where you can buy the front camera, and add on a rear camera and/or GPS mount as an option at the same time or later on; but most other 1-Channel car cameras do not have the port for a rear camera. Or other like Philips GoSure ADR900 with WaveGuard Parking Monitoring, which enables you to record your car 24x7 even when it is parked.

Video Quality – Do You Really Need The Highest Resolution?

Over the years, video resolutions of car cameras are steadily getting higher. However, a higher resolution is not always better. A good car camera will have to strike a balance between video quality and file size. As car cameras are limited by their memory card space, very high quality videos will result in greater risk of overwriting.

At the same time, while higher resolution cameras can yield a better picture during the day time, they often have reduced night video quality. The reason is that they have more pixels on the sensor, so each individual pixel is smaller, making it less light sensitive. If you do a lot of driving in the day as well as at night, we recommend you go for a 1080p camera. The Philips GoSure ADR810s, ADR900, and ADR820 all have a high ISO 6400 value (the higher the ISO value, the more sensitive the car camera is to picking up light) and performs well under low light conditions and at night. In general, higher end car cameras will have better sensors, lens, processors, and firmware to achieve better video quality.

Today, you really should not buy any car camera that records at less than 1080p resolution. Even dual channel car cameras usually record 1080p both ways now.

Screen or No Screen? And Wi-Fi Connectivity

This really comes down t

o personal preference. Some buyers like the assurance of visually seeing the live footage on their car camera screen in real time - knowing that the car camera is on and recording correctly. Having screens integrated can also make it easier and quicker to change settings and review footage. Screens in cameras typically come in the form of LCD displays and navigating the menu is done with buttons on the unit or via pressing different parts of the menu on the display in the case of touch-screen cameras.

Car cameras without screens are mainly controlled via Wi-Fi through the manufacturer’s App which is downloaded onto a compatible smartphone or tablet. It can take longer to operate as footage and settings need to be viewed, changed, and downloaded from the smartphone app. A live feed in real time from within your car can be viewed on your smartphone via the car camera App. Car cameras without a screen generally have flashing LED indicators and/or voice notifications to let you know it is operating and recording or if there are any errors.

Regardless of whether you choose a car camera with a screen or not, video files captured can always be viewed on any computer monitor by inserting the MicroSD card via a SD card reader. The video files can be viewed either with the software player provided by car camera manufacturer or the default media player on your computer.

At Asean365.com, we carry a range of cameras with screens and WI-FI-enabled, such as Philips GoSure ADR820 and PAPAGO! GoSafe 366.

This is a dedicated recording m 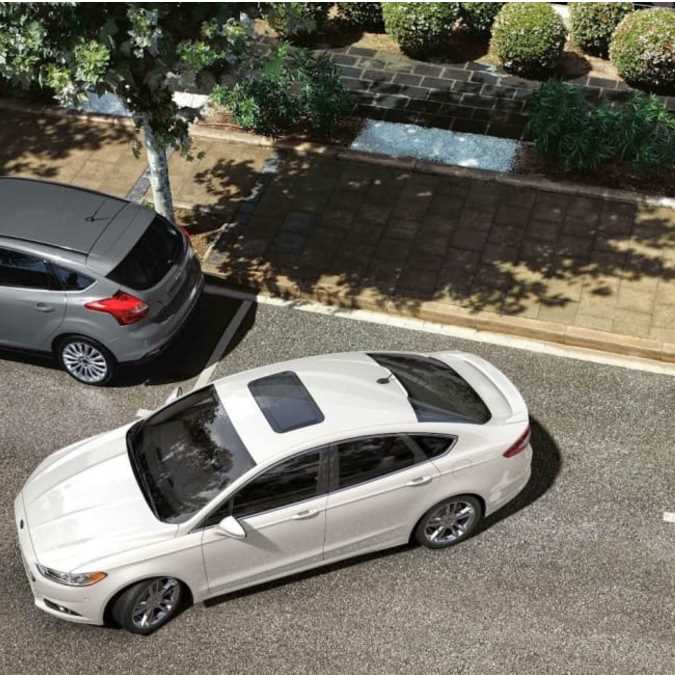 ode that captures events like hit and runs or vandalism, even when the car is parked with its engine turn off. True Parking Mode car cameras use technologies like motion detection and pre-buffered recording to augment their recording capabilities. For Parking Mode, you will either need to hardwire the car camera in your vehicle or power it using a dedicated battery pack. Some car camera manufacturers include small internal batteries that do not supply enough power for extended parking recording and are generally unsafe to use in hot climates.

Car cameras with good 24-Hour Parking Mode Monitoring all come with hardwire kits which connect your car camera with the car battery via the fusebox or OBD – On-Board Diagnosis (for a constant supply of power to record while the engine is off), e.g. Philips GoSure ADR900 and PAPAGO! GoSafe 366.

Car cameras with GPS allow speeds and locations of the vehicles they are installed to be captured. It is important to note that the GPS function on any car camera is not a navigation system – it does not tell you how to get from point A to point B. A car camera GPS processor simply senses, captures and imprints the vehicle GPS coordinates and speed onto the recorded video files. The vehicle location can be viewed on a Google Maps overlay alongside the footage when using the manufacturer viewing software. The GPS function is generally used on fleet cars (e.g. to monitor employee driving habits) and popular for recreational purposes (e.g. so that drivers and their passengers can 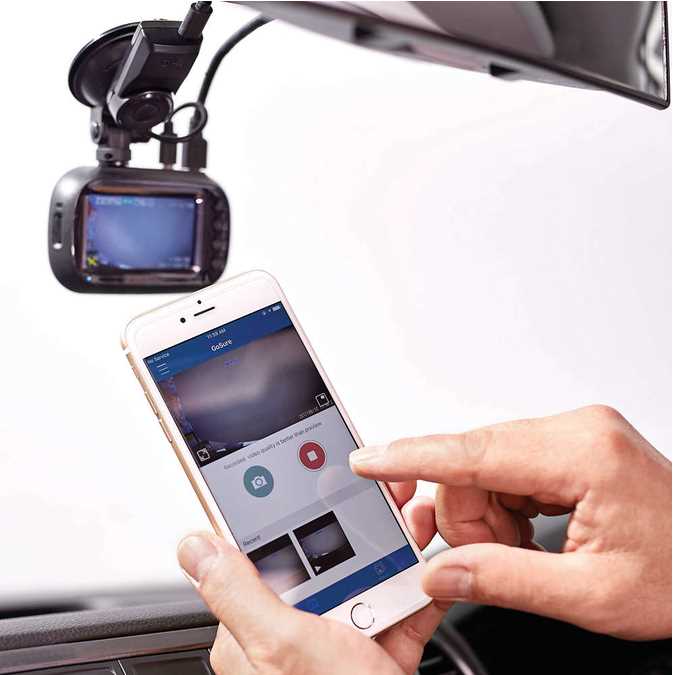 keep records of their exact locations on their road trip footages).

Some car cameras have the GPS processors in-built while others have external modules that plug into the camera. External modules tend to pick up the GPS signal faster and more reliably, but the drawback is that you have to install the GPS module somewhere separately. It’s a trade-off, so you should consider how important a good GPS signal is to you as opposed to ease of installation. Among the cameras sold by us, Philips GoSure ADR820 and PAPAGO! GoSafe 366 support GPS tracking via external GPS module Philips GoSure GPS20 and PAPAGO! GPS respectively.

The features covered above are the primary differentiation people talk about when they are looking at getting their car cameras. There are, however, other features and terms that you will want to know when researching on and buying your car camera. Here are a few that you will come across very often:

If you have any questions on the car cameras that we sell, feel free to drop us a message using the Online Live Chat at the bottom right of your screen.